Autumn might be the season for impending hibernation, but it is also about new beginnings. It is the start of a new term at the university and the campus is packed full of students, holding maps and reassuring pieces of paper. My sister also just started university, so I’ve been feeling a little nostalgic for my own university days. It hardly seems believable that seven years have passed since I started at St Andrews. But then it hardly seems believable that I’ve been in Nottingham for a year.

As my time in Nottingham draws to an end I’ve also been feeling pre-emptively nostalgic for the city. Nostalgia is a terrible thing and I seem to be dogged by it all the time. I feel as though the last seven years have been full of arrivals and departures. Manchester, St Andrews, Cornwall, Manchester, Nottingham. You might think St Andrews or Cornwall would be the places I’d miss most, and I do miss them – certainly I’ve written and daydreamed about Cornwall enough since I left. But in a way I think I’ve felt more at home in Nottingham than I have anywhere else and I think a large part of that has to do with the fact that I have spent so much time out-of-doors, getting to know it.

As I walk past the crowds of students I can’t help but think about when I first arrived in Nottingham. I can’t say it was love at first sight. After Manchester, it seemed like just another big, noisy city and I felt like a tourist, scared of doing anything that would give me away.

But then we started exploring. We started off small, exploring the nearby streets and parks. Then we got bikes and a map (a trusty old map that now lies in tatters) and took off in every possible direction, along any path that would lead us to patches of green. We caught the bus into the city centre and explored that too, sometimes spending whole days just wandering around. I think it is this process of getting to know the city, more than anything, that has forced me to fall in love with it.

It makes me wonder whether I might have loved Manchester more if I had only taken the time to get to know it. I should love Manchester. I lived there long enough and there ought to be something comforting about being able to walk round the corner from where you grew up, point at a house and say: here is the house where my father was born. I’m always telling visitors that and yet somehow it doesn’t translate into a sense of belonging. The bare facts aren’t enough. You need the real, lived experience of getting to grips with a place. And just as I’ve come home many times, splattered in Nottinghamshire mud, so the land has got under my skin too – the land and the water that seem so inseparable here.

We’ve done a lot of exploring in the space of a year, but as I discovered this weekend when I visited Colwick Country Park, there are always new places to explore and new corners of the map to uncover. So I’m pre-empting the regret about all the places I won’t have time to visit now, and I’m pre-empting all the gut wrenching nostalgia too. I’m also looking forward – to unfolding a pristine, new map, pointing at a patch of green and heading out to learn a new landscape.

2 thoughts on “Nostalgia and new beginnings” 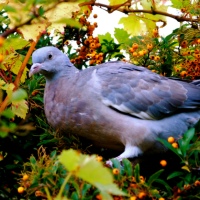 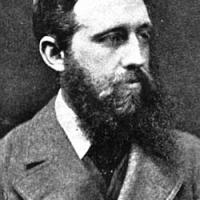 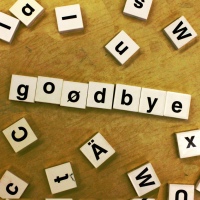