Image by woodleywonderworks. Used under a CC BY 2.0 license

You may have noticed things have been a little quiet around here. That’s because this blog has found a new home – on my shiny, new(ish) website: www.naomiracz.com

I won’t be posting here anymore, so if you’d still like to be kept up to date with my blog posts and my history of urban nature writing go to my website www.naomiracz.com, scroll to the footer and fill in the subscribe form. Next time I post a blog, you’ll receive it straight in your inbox!

Thank you all for following me over the last four years and for all your thoughtful comments. I’ll still be lurking around here reading your blogs, but Blacktop Rain will be silent from here on out.

This post is part of a series called Small Rain, exploring the history of urban nature writing.

London’s Natural History charts the natural history of London from its pre-historic, geological formation, through the Romans, the medieval period (when kites were a common London bird), the expansion of the city from the fifteenth century onwards, and on to its final bursting point in the mid-nineteenth century. It then looks at the various human impacts on the city’s flora and fauna in the present day (the present day being 1945), including the influence of traffic, refuse disposal, agriculture and the recent war. Whilst the history of London is interesting, it is the snapshot of London in 1945 that I find the most fascinating. For example, Fitter mentions the abundance of sparrows in London, according to Fitter they are the only London bird considered to be a Cockney. Since then the number of sparrows in London has drastically declined – by 60% between 1994 and 2004 according to the RSPB. On the other hand, he mentions the recent increase in the number of gulls in London, a bird that is still increasing in urban areas. END_OF_DOCUMENT_TOKEN_TO_BE_REPLACED

I get asked that question a lot, especially by Dutch people – even by the Dutch person who is supposed to be teaching me Dutch. At this point I have a set of pre-prepared answers I can rattle out: because I think it’s rude to live in a country and not make an effort to learn the language; because despite repeated assertions from Dutch people that everyone here speaks English, everyone in fact speaks Dutch; because I’d like to be able to understand the announcements on the train; because I thought it would help me find a job. All of these reasons are true, but at this point I don’t think they are the reasons that motivate me to keep trying.

END_OF_DOCUMENT_TOKEN_TO_BE_REPLACED

This post is part of a series called Small Rain, exploring the history of urban nature writing.

Although Nature Near London is maybe more accurately classified as suburban nature writing, the ‘near’ in the title giving it away, it would feel remiss to begin this series with any other book. After all, a genre doesn’t spring up fully formed over night and part of the aim of this series of blog posts is to explore the evolution of urban nature writing as a sub-species distinct from nature writing (and if, indeed, it is possible to define the genre at all). With Nature Near London the seed of an idea was being sown – the idea that it is not necessary to turn ones back on the city to find nature. I also include Jefferies’ book because the city, London, looms large; it is a presence that forms a counter-point to the places Jefferies explores. It also looms large in Jefferies’ own mind, and magnetised him even as he seeks to escape it. END_OF_DOCUMENT_TOKEN_TO_BE_REPLACED

The stars over Belgium by S Cappallo

I’m fascinated by sense of home. I’m not sure why but I often find myself feeling overwhelming nostalgic for moments and places where I have felt that sense of being at home: the living room of my childhood home, the dryer is on and the windows are fogged up; it’s autumn in St Andrews and there are leaves in the sea; the smell of coal fires filling the air on cold Cornish nights; summer evenings at Wollaton Park. I even sometimes feel anticipatory nostalgia for Amsterdam. Seemingly small things, like fogged up windows, can take us back to a particular time and place, tying us to that moment.
END_OF_DOCUMENT_TOKEN_TO_BE_REPLACED

For some reason, my boyfriend and I decided that the end of the summer would be a good time to finally get started on the balcony. In fact, we’ve been meaning to do something about it for the past year and a half, since we moved into our apartment. It’s a great balcony. It’s really spacious and instead of looking out onto a road, it faces onto a courtyard. There’s just one problem: other residents had got there before us. Pigeons. END_OF_DOCUMENT_TOKEN_TO_BE_REPLACED

I’ve just finished reading Rebecca Solnit’s brilliant and expansive cultural history of walking, Wanderlust. In her book Solnit charts the history of walking from its contested evolutionary history, to the English country garden, and from John Muir to American suburbia. END_OF_DOCUMENT_TOKEN_TO_BE_REPLACED

I’m reading a collection of essays at the moment called Ex Libris: Confessions of a Common Reader by Anne Fadiman. The essays explore the various aspects of the reading and writing life, such as: how to marry someone else’s books, messages on flyleaves, You-Are-There reading, the pitfalls of being a compulsive proofreading and plagiarism. However, I particularly enjoyed the essay ‘Never Do That To A Book’ about how people treat their books.

END_OF_DOCUMENT_TOKEN_TO_BE_REPLACED

I woke up this morning at 6, looked out the window, saw a white sheet of cloud across the sky and contemplated going back to bed. I forced myself not too. For a long time I’ve been wanting to get up early and go walking in the city. I had a romantic idea of what it would be like: the morning sun pooling on the old canal houses and in the trees that line the water, steam rising from vents down winding alleyways, shopkeepers lifting shutters and setting out tables, the smell of bread baking in the air, people on balconies with hot mugs of coffee, and a profound sense of peace and calm before the rush of the day begins. END_OF_DOCUMENT_TOKEN_TO_BE_REPLACED

Last weekend I went back to Manchester for a few days. Spending time back home is always a slightly disorientating experience. Both going to Manchester and coming back to Amsterdam, I’m confronted by just how different the two cities are. There are the obvious things like the language, the way people dress, and the architecture. And then there are the differences like never seeing homeless people in Amsterdam, but always seeing several on the streets of Manchester. It was also disorientating to wake up on Friday morning to see a map of the UK swathed in blue, when I had been hoping for a very different outcome. All weekend and for days afterwards I felt a sense of sadness and disbelief whenever I remembered that the Conservatives are still in power. END_OF_DOCUMENT_TOKEN_TO_BE_REPLACED 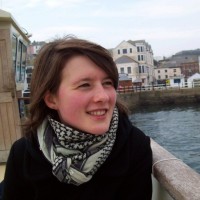