When I was doing my MA I wrote a lot about urban nature, partly on the basis of advice to write about what you know. I have lived in a city all my life, it is what I know, so urban nature seemed like the obvious thing to write about. It turns out I know very little about urban nature. This is partly because I have not been observant enough in the past and partly because the places where nature abounds in the city are the sort of places I tend not to go. The very thing I seek when I’m out in the countryside – to be alone – is the very same thing I avoid when I’m in the city. Hence why I don’t take full advantage of the natural spaces, like parks, that do exist. In a way it is not just aloneness that I seek in the countryside, it is also danger. I enjoy hiking and rock climbing parlty because of the risk involved. The risk makes me feel that I’m somehow doing something worthwhile (as opposed to sitting on the sofa). Cities are also dangerous places, but they are dangerous in a way that makes me want to choose sitting on the sofa over walking round the local nature reserve. 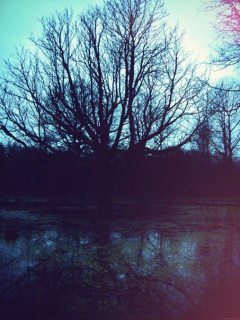 I thought about this as I walked along the Mersey one drizzly Sunday afternoon. I was with a friend and we were both feeling tired after a boozy night and in need of some fresh air. Despite having lived in Manchester all my life this was my first time walking the stretch of the Mersey between Northenden village and Didsbury village. A large part of the walk is accompanied by the roaring of the M60, there are golf courses to either side, and the banks are strewn with litter in parts. Despite all this the walk still satisfied something in me that I hadn’t really realised was dissatisfied. A part of me that was growing bored of concrete and cars and tall buildings, things I dislike about the city, but which I grow quickly accustomed to and learn to accept. We talked sporadically, in the way that close friends do, and I enjoyed the flowing river and its ducks. When we reached Didsbury we decided to walk round Fletcher Moss park, but days of rain had completely flooded the path and surrounding meadows. We attempted to wade through the water but turned back after my friend’s welly sprang a leak. Evening was also approaching and the sky dimmed as we made our way back along the river. Beyond the golf course the monkish cells of two tower blocks were lighting up.

A quiet walk along the Mersey made me realise how little I take advantage of the urban nature that exists on my doorstep. Cities might not always be the safest of places – a feeling compounded by local papers that hawk the latest crime sprees – but the majority of the world’s population lives in cities and for this reason I think urban nature deserves to be written about. If most of us live in cities, then we need to find a way to value those spaces and books are a powerful way of doing that and of motivating others to do so. I know I’ve already done the whole new year’s resolution thing, but I think I need to make one more – to get to know the place I thought I knew.

One thought on “Along the Mersey” 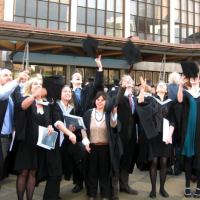 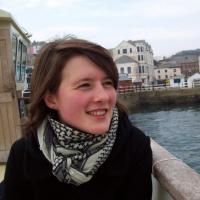